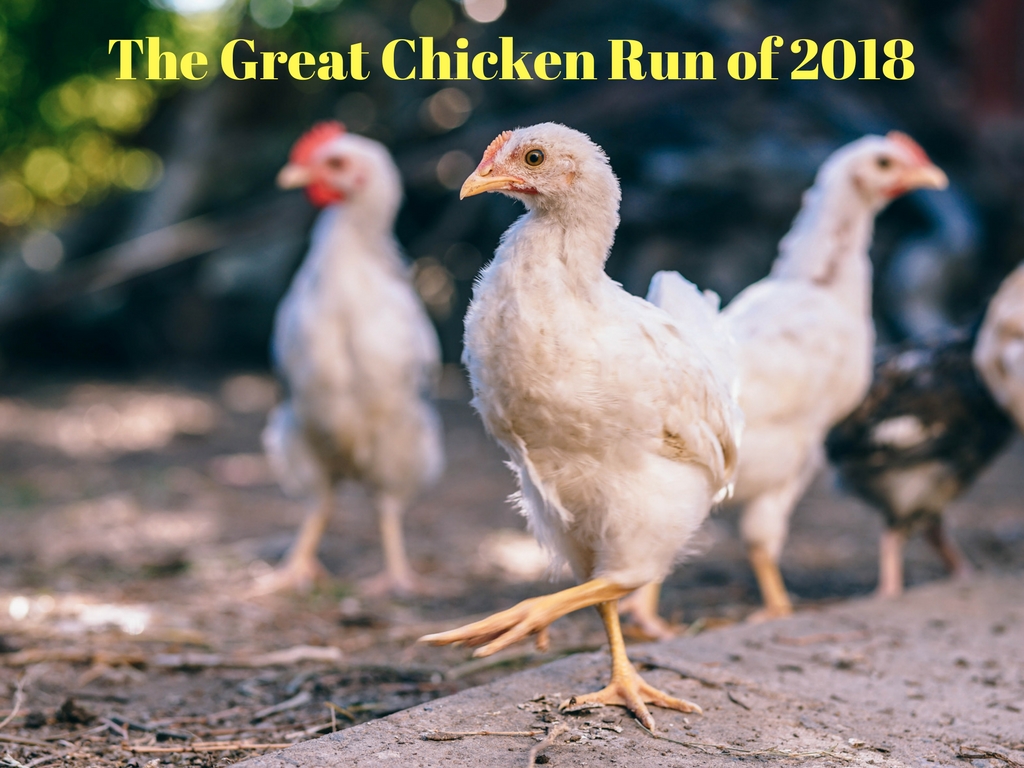 Whether you’re a southern fried chicken fan or not, you’d have done pretty well to avoid the hype around KFC’s chicken shortage over the last few weeks.

The company made news headlines across the country when its new supplies delivery partner, DHL, was unable to deliver its fresh chicken to stores, meaning the majority of outlets were forced to close their stores for days. In fact, some are still closed or offering limited menus.

“The chicken crossed the road, just not to our restaurant,” the company said on its website when the problem first surfaced. “We’ve brought a new delivery partner on board, but they’ve had a couple of teething problems – getting fresh chicken out to 900 restaurants across the country is pretty complex!

“We won’t compromise on quality, so no deliveries has meant some of our restaurants are closed, and others are operating a limited menu, or shortened hours.”

But KFC’s loss is a marketer’s dream – showing every business how crisis comms should be managed to save a brand’s reputation and ensure any damage is not long lasting.

So how did KFC manage this chicken-lover catastrophe?

Social Plan
As soon as it was apparent there was a problem, KFC rolled out a social strategy to keep customers informed, in an open and honest way.

It told customers it was having problems getting chicken to customers and then issued another update shortly after, saying it was working to rectify the issue and in the meantime, customers could check the ‘Cross the Road’ page on its website to check if their local restaurant was open.

The Colonel has an update…???

It posted GIFs of chickens, mentioned rather over dramatic responses to the situation (such as one lady who was interviewed on TV and explained rather angrily she had to go to Burger King instead – the company offered her their last Ricebox) and a Q&A that explained key facts – again, using the company’s fun tone of voice.

Even this week, with the weather threatening to scupper KFC’s plans to keep all stores stocked, lent itself to another light-hearted update.

KFC even rolled out a Twitter card so its followers on the social network could just click on it and see if their local KFC is open, without even leaving their Twitter app.

Website promotions
Shortly after KFC announced it was having problems supplying all of its outlets with fresh chicken, the company put a page up on its website (titled, as the rather tongue-in-cheek “crossed the road”), offering real-time information about which of its locations were open.

This page was promoted on the company’s homepage – on the very first slider at the top of its website – so customers wouldn’t miss it. The tone of the page very much follows the rest of KFC’s crisis management plan – lighthearted, apologetic and informative.

In the midst of the crisis, it just listed the stores that were open, but this has now evolved to become a more user-intuitive map of the UK, pinpointing the number of stores open in each area.

Customers are able to zoom in and see a more detailed map and list of the locations that are open. They can, of course, opt to enter their postcode too, for a more instant response.

Print ads
Possibly one of the smartest moves by KFC’s comms team was placing a print advert in a wide range of local newspapers with an apology.

KFC’s logo adorned a bucket of chicken, but instead of the company’s anagram, it instead read ‘FCK’. Genius.

The rest of the ad read:

“A chicken restaurant without any chicken. It’s not ideal. Huge apologies to our customers, especially those who travelled out their way to find we were closed.

“It’s been a hell of a week but we’re making progress, and every day more and more fresh chicken is being delivered to our restaurants.

“Thank you for bearing with us.”

It caught the attention of customers far and wide, including Philip Schofield. His tweet was retweeted by the company with the simple caption: “Fine praise from one silver-haired icon to another.”

Celebrity endorsement is guaranteed to up your reputation.

Reputation management
The way KFC kept customers informed about the situation was not only light hearted and suited perfectly to its audience, but it also taught many people much more about the business than it’s supplier can’t cope with demand.

Interwoven into the messages, there was much more information than we would have managed to glean from the company’s BAU PR campaigns. For example, the fact that KFC only sources fresh chicken from England and Ireland works in its favour. It makes the company appear as a supporter of local, fresh produce. KFC could have easily imported replacement or frozen chicken from another supplier overseas, but instead decided to push this as an indicator of quality. No other chicken would do.

As is the case in any marketing or PR activity, a positive story is key and this proves just how important that is. Rather than putting off customers from buying its fast food, the local, fresh, quality angle may well have on boarded more customers.

Why you should follow KFC’s lead
Having a plan in place that can be implemented quickly and effectively, with targeted messaging is key for any business.

Although it’s important to note that actually, the situation wasn’t one of life or death and it lent itself well to a little humour on the PR team’s part, the majority of crisis comms situations will require a more sensible approach and should be treated as such. Especially when there’s ‘fowl’ play.